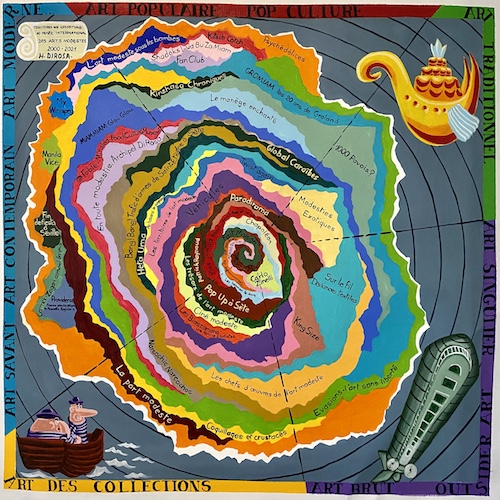 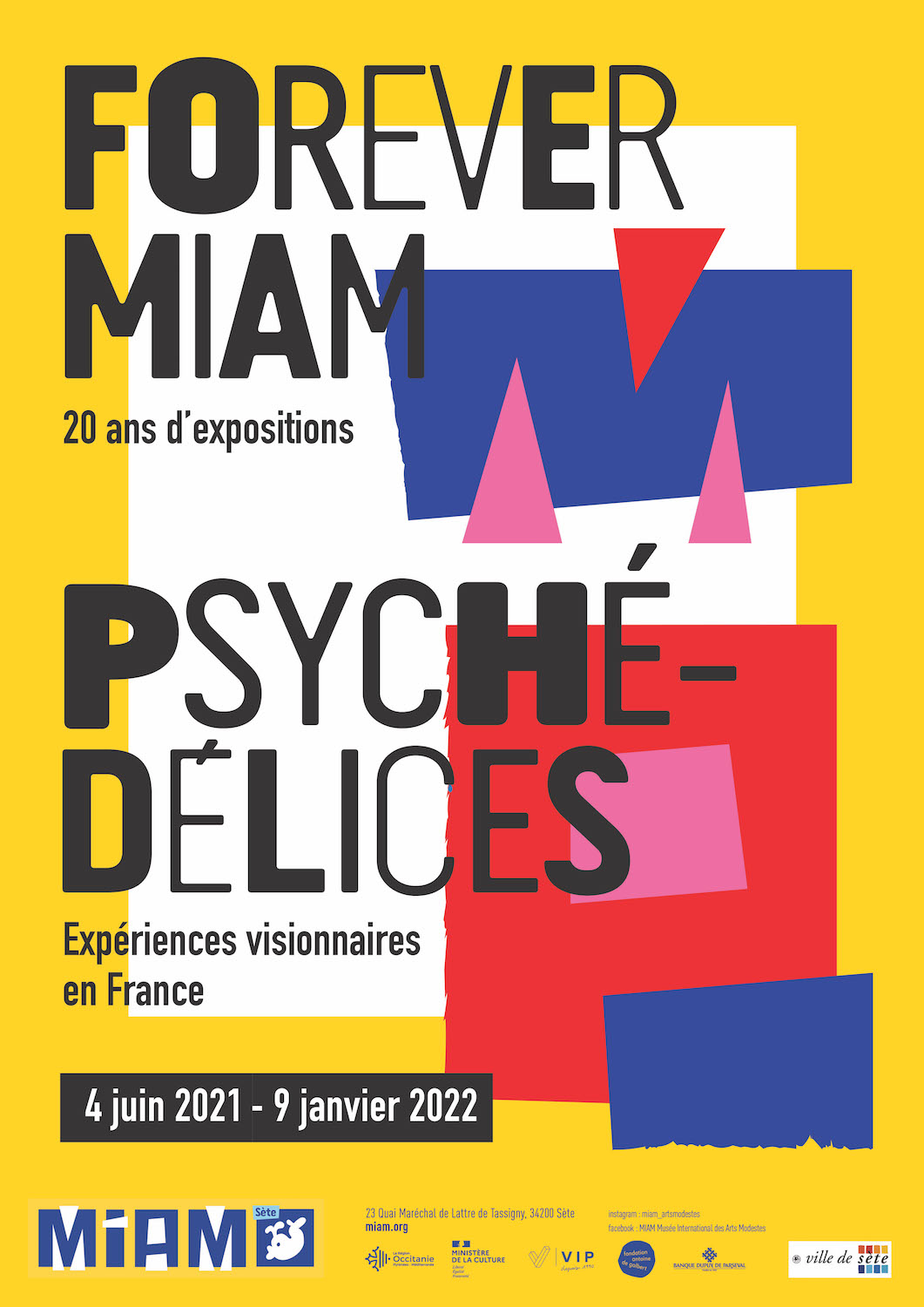 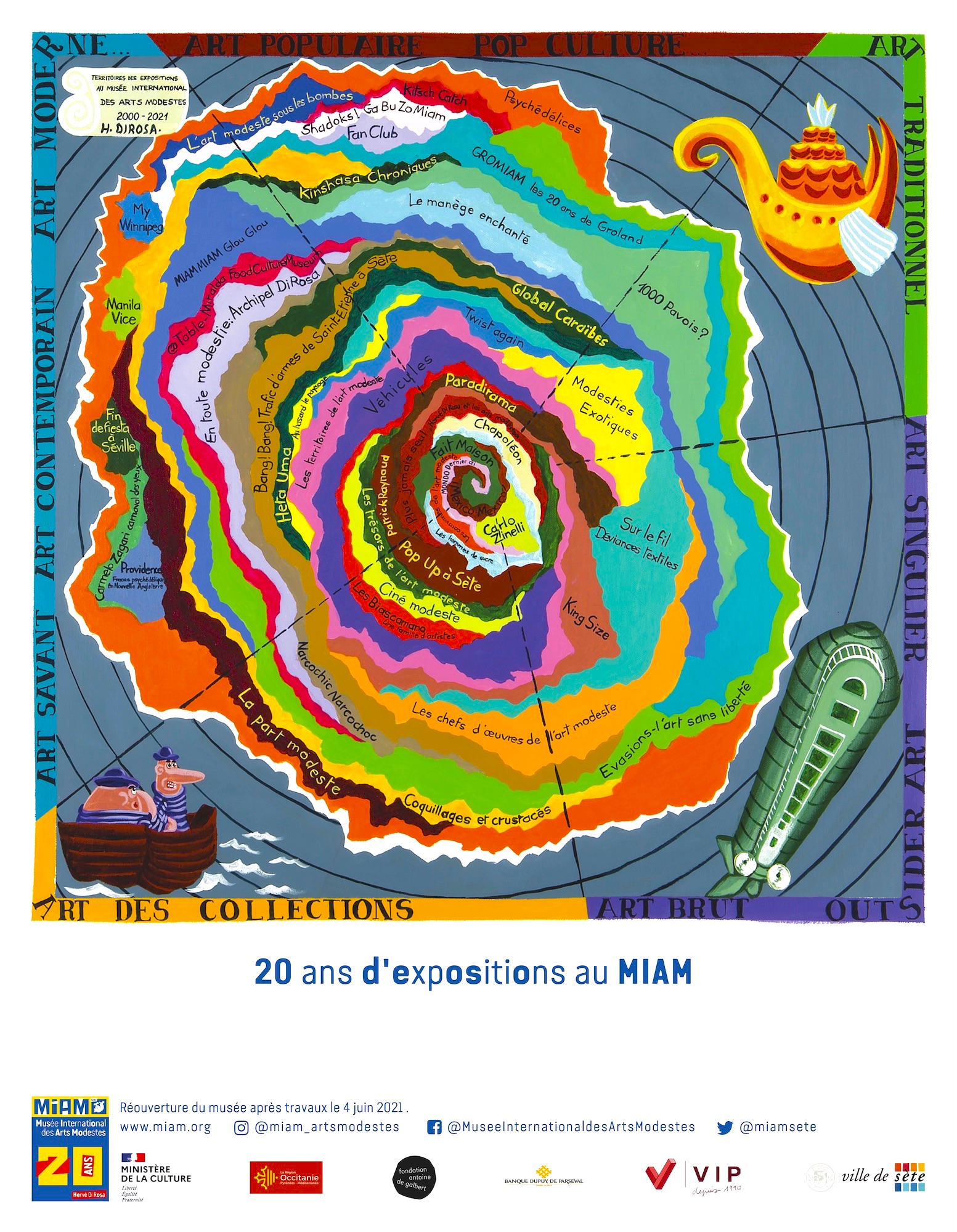 The Musée international des arts modestes is reopening on june 4th of 2021 with two new exhibitions: FOREVER MIAM and PSYCHÉDÉLICES. From the 4th of june of 2021 until the 9 of january of 2022.

The exhibition FOREVER MIAM tells the MIAM’s story, since its creation in 2000 by Hervé Di Rosa and Bernard Belluc, and recalls the 40 exhibitions that were produced at the MIAM, as well as the history of “arts modestes”.

The exhibition is set around a giant sculpture created by Hervé Di Rosa, SURMIAM, which is as the same time a bench for the visitors and a display for very special pieces of art modeste (or not).

The 20 years of the Museum will be referred by a selection of artpieces and objects of the collection, new maps of art modeste’s territories painted by Hervé Di Rosa, as well as photographies and videos documenting highlights moments of MIAM’s history.

A new release on vinyl 7″ of the MIAM’s anthem, written by Général Alcazar, Patrick Chenière and Pascal Comelade, is published on the occasion of the 20’s anniversary. Design of the cover by Hervé Di Rosa. 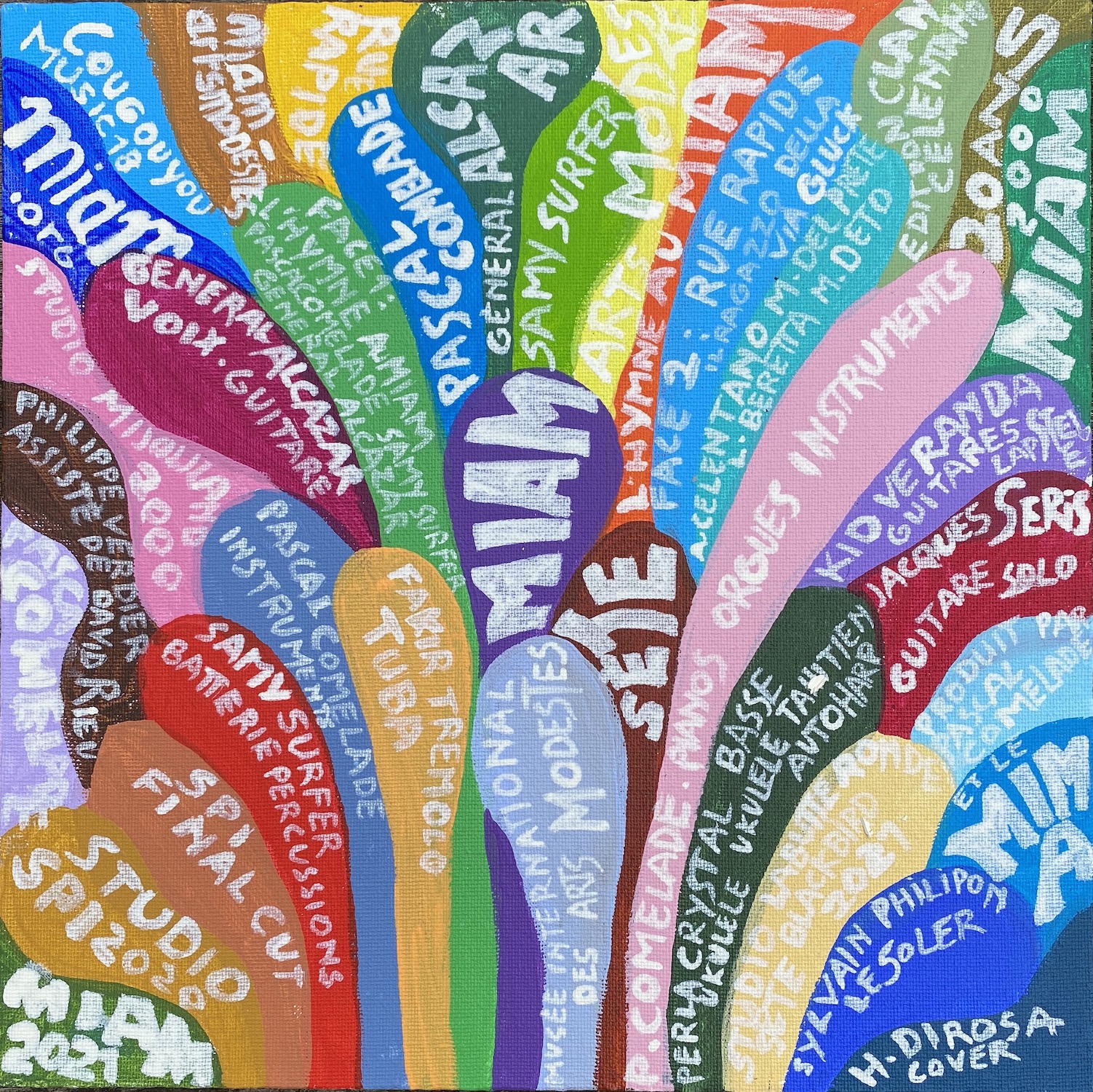